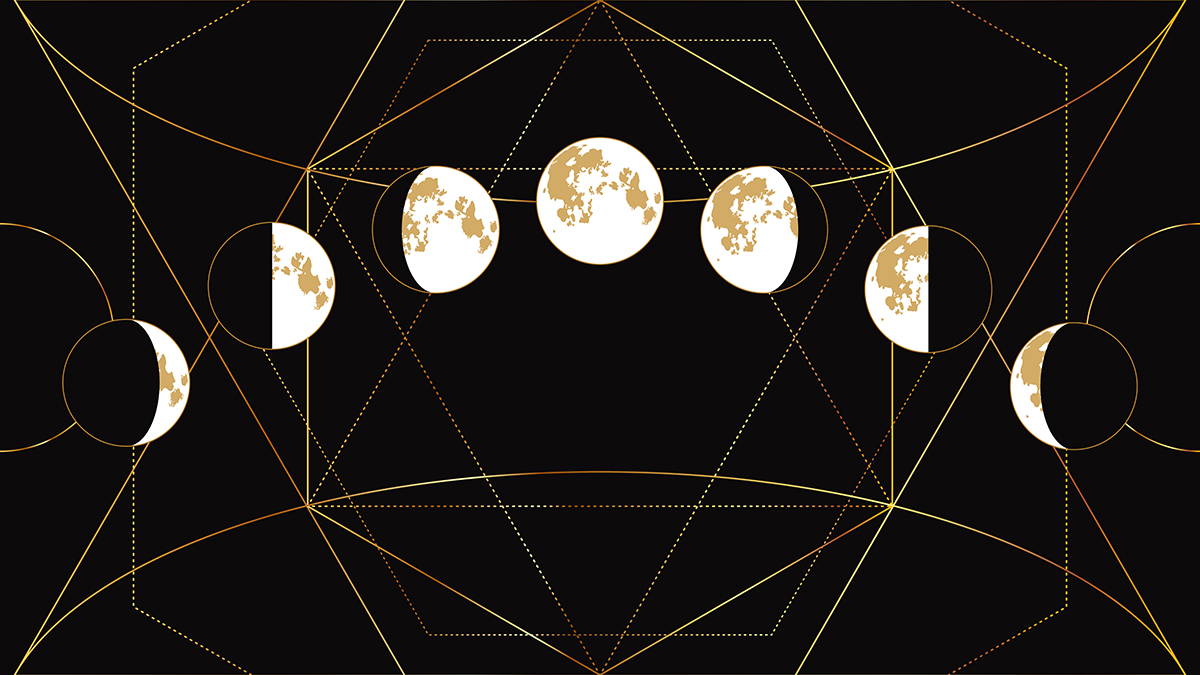 Phases of the Moon

Since days of old, people, particularly women, have long been profoundly connected with the Moon and her many phases. Just as the Moon pushes and pulls the tides of Earth, so too does the Moon influence humans, as our bodies are composed of 60% of water.

Ancient peoples all over the world were equally mystified and transfixed by the Moon and were inspired to worship many lunar deities. Artemis, Diana, Hecate, Selene and the Triple Goddess are just a few well known lunar deities from around the world. Ancient peoples also used the phases of the Moon as a calendar to track and mark the changing of the seasons and as a guide for planting and harvesting.

The Moon is associated with cycles, menstruation and women’s times. Many Indigenous cultures who refer to the Moon as Grandmother, regard a woman on her period as the Moontime or “on her Moon.” This is considered a very sacred and powerful time and has always been treated with respect, dignity and influence. Women on their Moon were even treated as too powerful to be around other people and were sometimes secluded in Moon Lodges for meditation, visions and medicine. For these cultures it is a time for women to cleanse mentally, physically, emotionally and spiritually.

Benefits of Working with the Moon

Today, the majority of the world does not pay too much attention to the changing phases of the Moon and we no longer rely on her stages like our ancestors did. However, should you decide to intentionally work with the Moon’s phases, the benefits and blessings will be substantial. Keeping track of the Moon’s phases is an incredible way for you to deepen your sense of connection with Nature’s archaic cycles and rhythms. Working closely with the phases of Moon can help you work toward certain goals in your life and creates a spiritual calendar of intentional work. When you work with the different phases of the Moon, you’re also committing to working on the different stages and aspects of your own life.

Once you understand the different phases of the Moon and grasp the concepts of each phase, it’s easy to apply that valuable knowledge to whatever is transpiring in your life. You could simply meditate on the phases and make connections within your own life. But we encourage you to take it to the next level and create intentional moments and rituals to honor and work with the phases of the Moon. Utilizing the powerful tools of Aromatherapy on a daily basis, combined with the strength and fortitude of Moon magik, will help you make powerful changes and manifest your life goals.

We’ve outlined each Moon phase and offer rituals for the New and Full Moons, as well as present suggestions for Kate’s Magik products to coincide with each individual Moon phase and your intentional work. 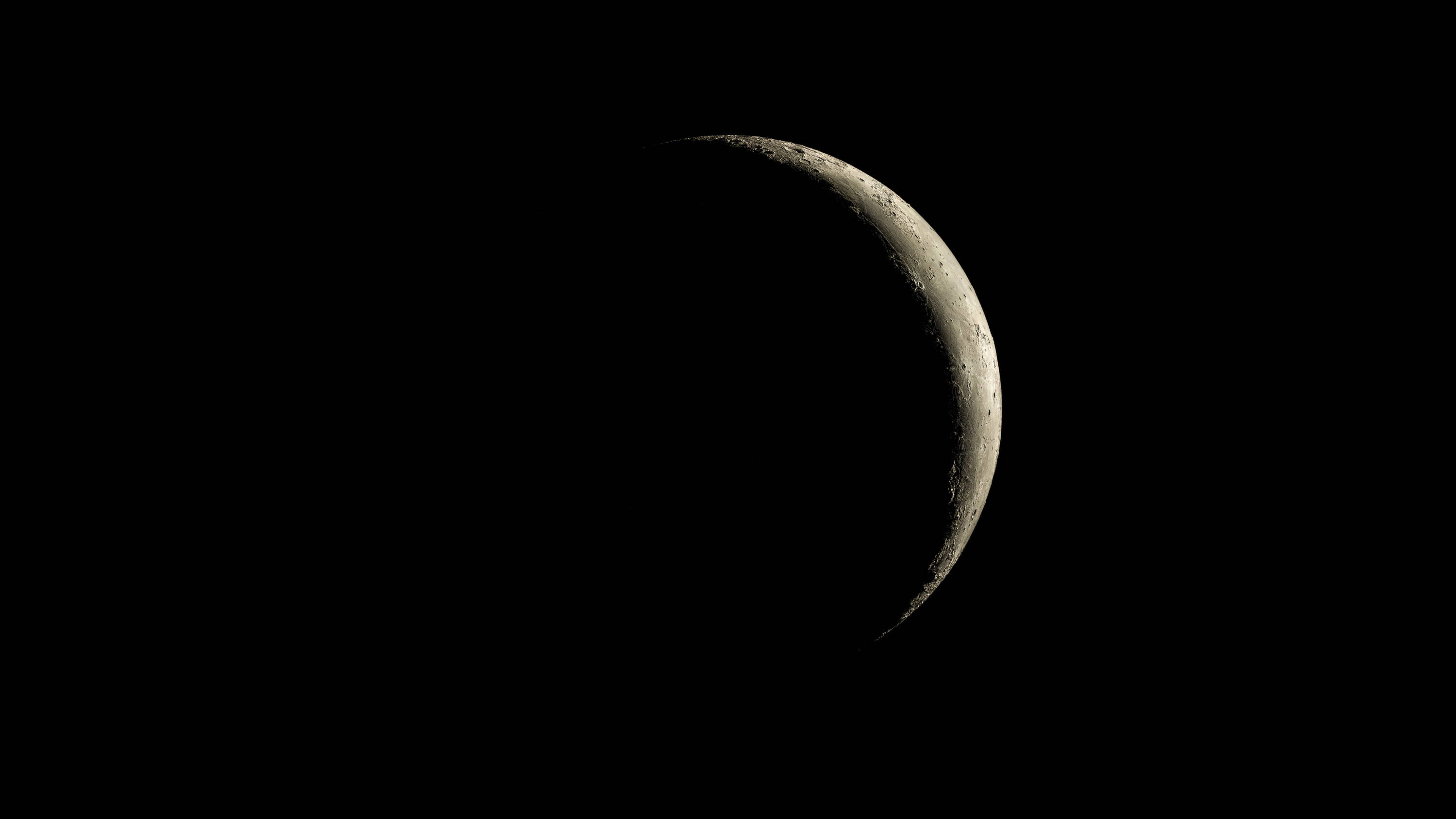 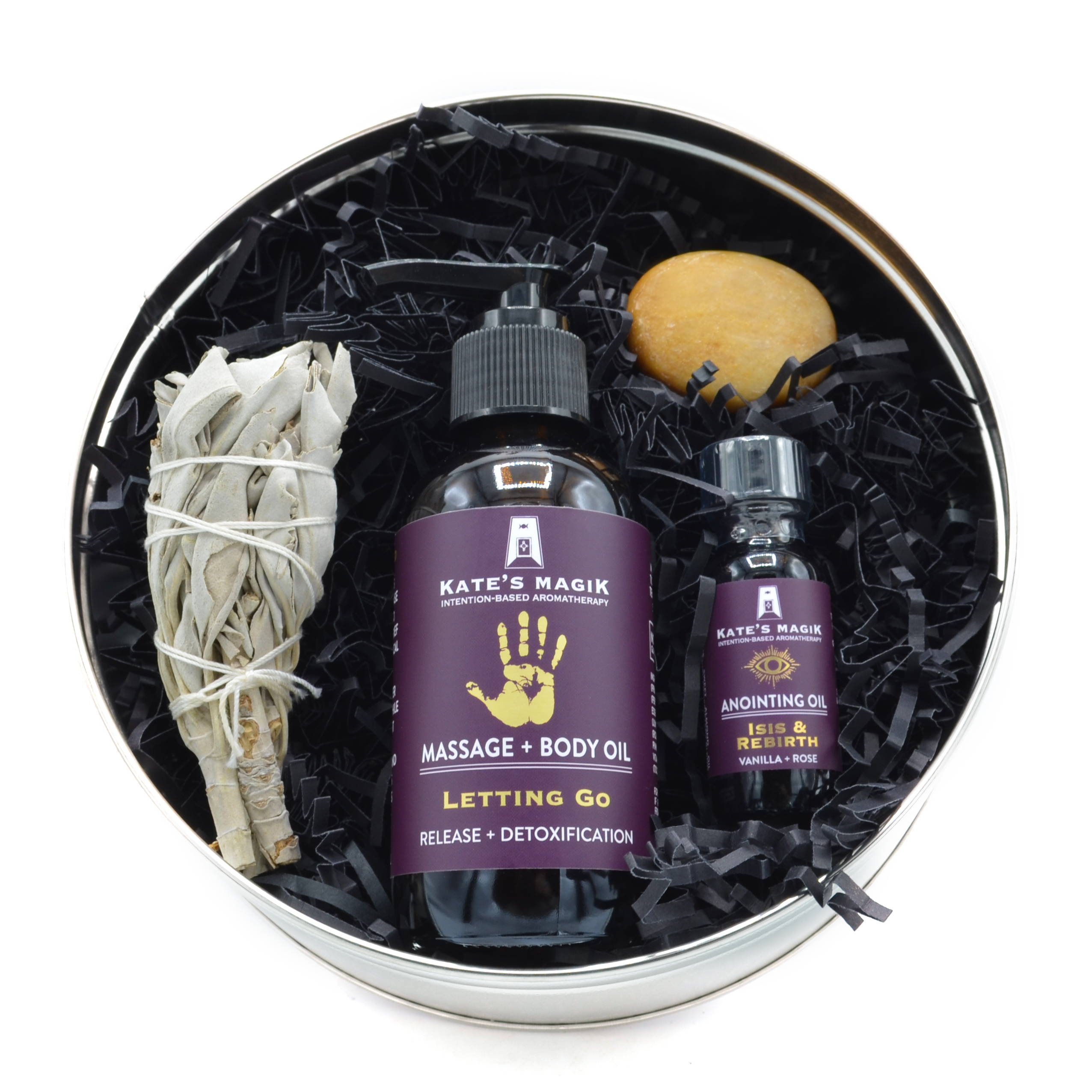 Purify yourself with Sage, resin or Purification and Protection Aura Mist while you draw a hot, ritual bath. Maybe burn a stick of incense. Brew a cup of soothing tea. Play some calming music. Create a cleansing bath with lots of salt, squeezed lemons, and add in purification oils like Uncrossing Anointing Oil, Letting Go Anointing Oil, Peace and Purification Anointing Oil or Lemon Essential Oil. Focus on the intention of cleansing and purifying as you soak and release negativity, blocks and let go of what no longer serves you. After your bath, rub your body with purifying oils. 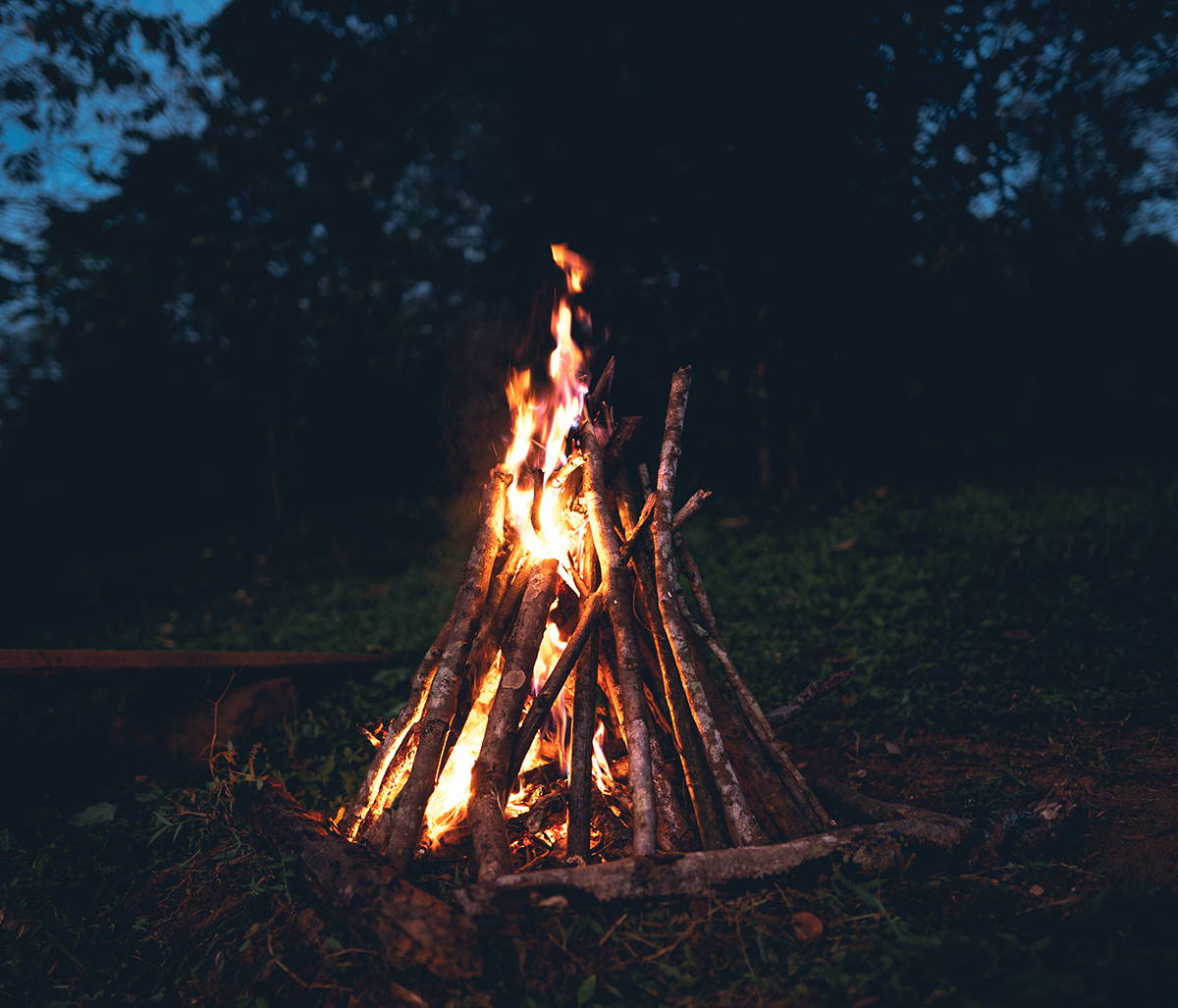 Safely set up a bonfire. Take sticks and blow your obstacles, hindrances and what you want to let go into the stick and then throw it in the fire. Alternatively, you can write these things down on paper and then throw them in the fire. As you purposely throw these into the fire, focus on releasing negative blocks and unhealthy attachments in order to let go of what no longer serves you.

The New Moon is the perfect time to clean up your home space both physically and energetically. Give your space a good cleaning and then cleanse your space with herbs such as Sage, Yerba Santa, Palo Santo or Cedar.

Set up an altar with sacred objects and things that relate and correspond to the intentions you are setting for the coming lunar cycle. For example, if you are manifesting abundance and prosperity, you might place money, green candles and basil on your altar. During the coming month you could diffuse True Abundance Diffuser Oil and use oils like Prosperity Anointing Oil and Sun of Success Anointing Oil. 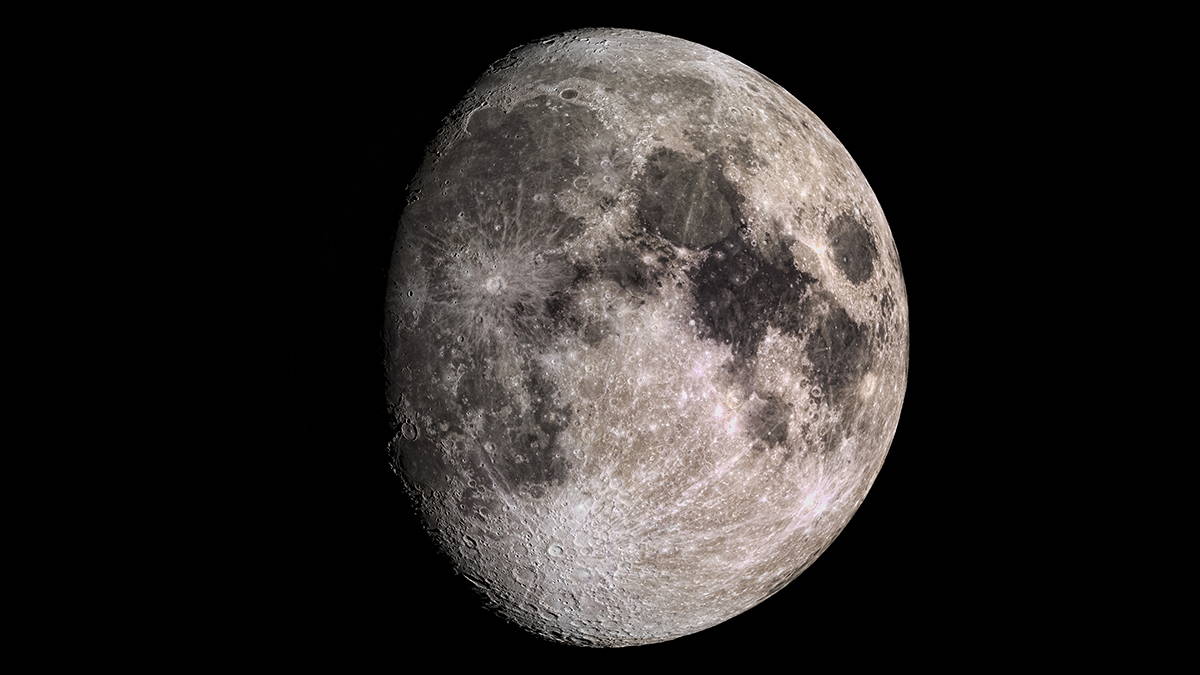 During the Waxing Moon, when the Moon is beginning to illuminate, set your intentions and prayers for what you would like to manifest in the coming lunar cycle. The Waxing Moon is a time of growth and attainment as the Moon is increasing in fullness with light and intention. This is the cycle of visualization and manifestation of your personal, spiritual and material goals. 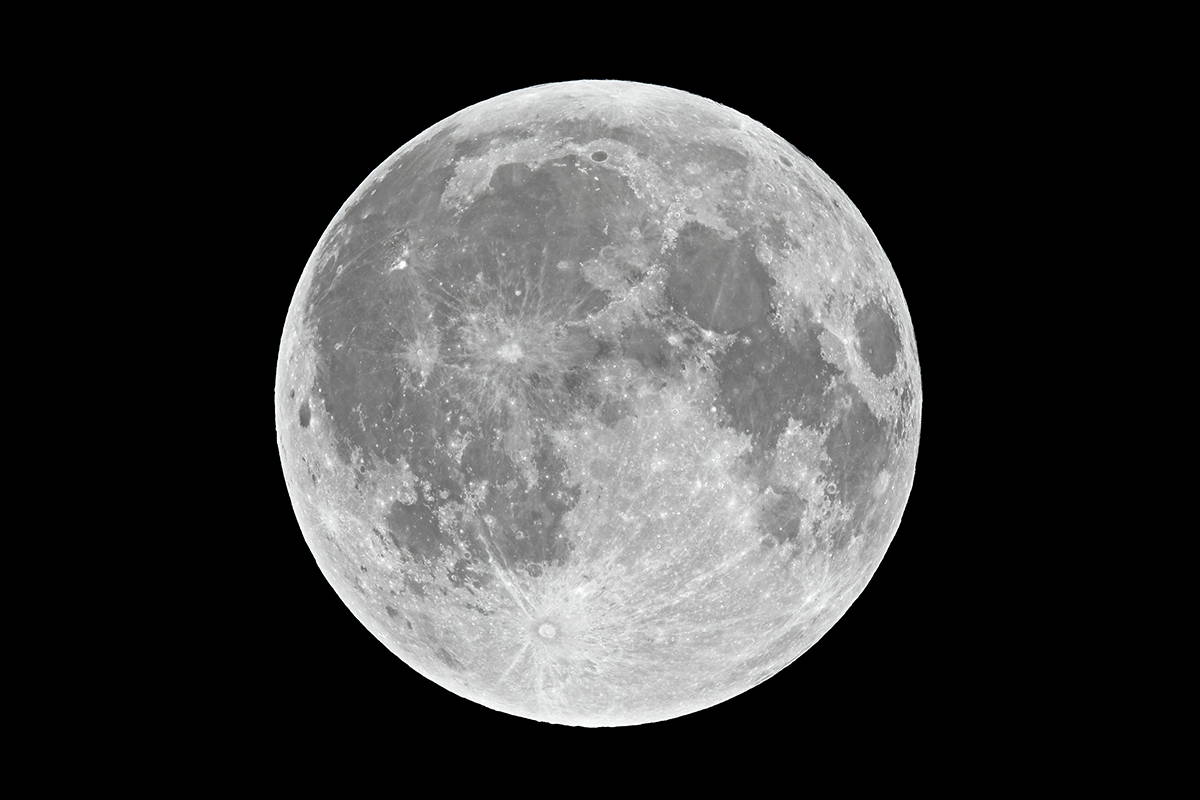 The Full Moon indicates that we are at the height of our power, the peak of clarity, fullness and the attainment of desire. Since the days leading up to it can feel heavy and emotional, the Full Moon is a good time for self reflection, stillness and contemplation of our deepest desires. This is a powerful time for ritual and ceremony, but simple journaling, meditation or drumming can help clear away uncertainty and clarify needs. On this day see your intentions manifest and come to life. Be sure to take time to give thanks for the blessings in your life and to fully feel the energy of harvest. In a spirit of gratitude focus on that which you’ve created or manifested. 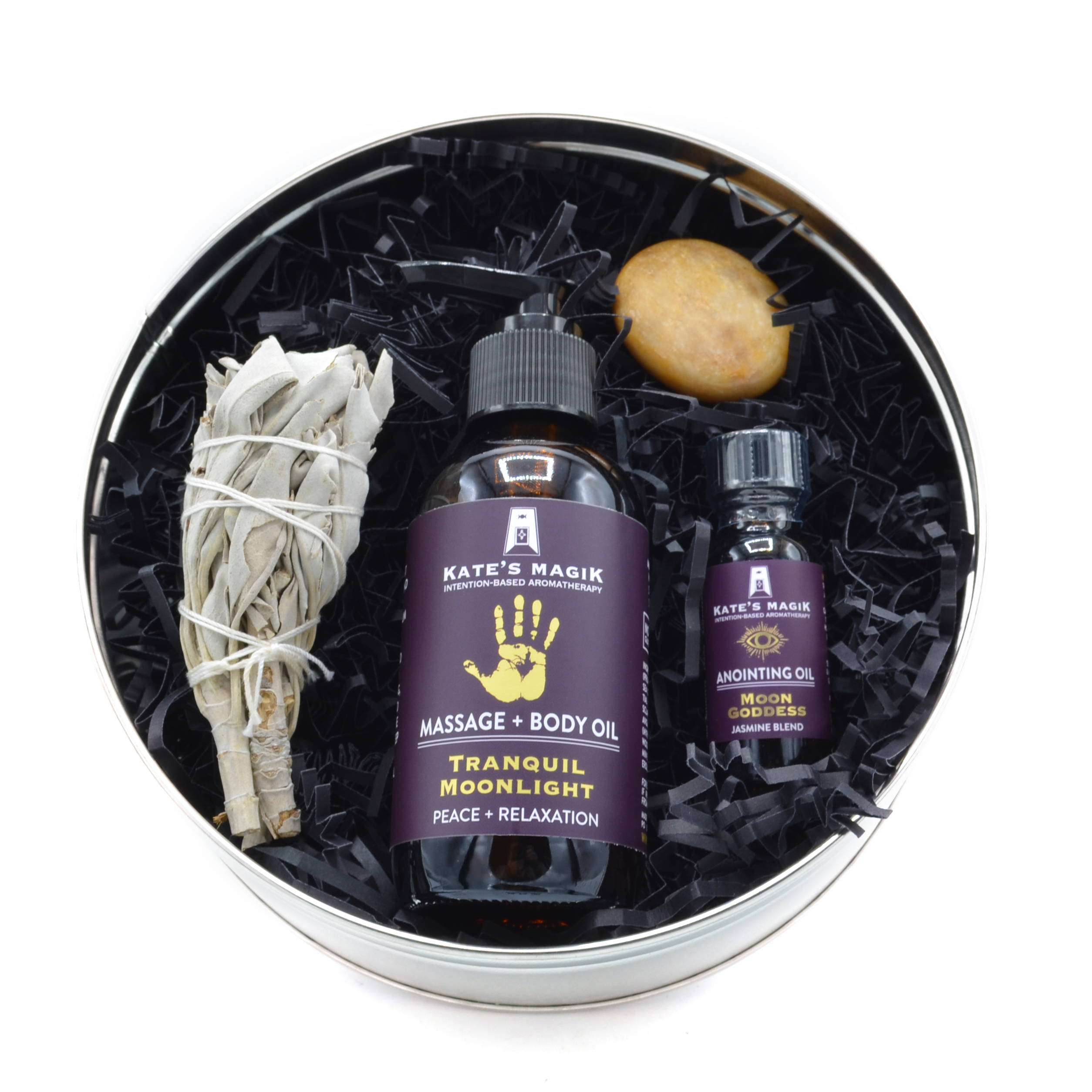 Purify yourself with Sage, Palo Santo, resin or Purification and Protection Aura Mist while you draw a hot, ritual bath. Brew a cup of soothing tea. Play some calming music. Maybe burn a stick of incense. Sprinkle Rose petals and pour a ¼ bottle of Venus Anointing Oil or Healing of the Heart Anointing Oil, Rose  or  Sandalwood Essential Oil in the warm water and pour in a can or two of unsweetened condensed milk. Then immerse yourself and allow the power of the Rose to soothe your heart, body and soul. Allow the effortless healing power of the Moon to do her magik. After your bath rub your body with healing oils.

Choose a lunar goddess like Isis, Hekate or Freya. Sit in quiet meditation, in the light of the Moon, and invite the goddess to bring you teachings and wisdom or ask for healing and blessings. Make an offering to the goddess and express ample gratitude. Enhance your meditation with the goddess by including an element of aromatherapy that corresponds with her characteristics or intentions. Anoint yourself with  Isis & Rebirth Anointing Oil or apply  Hekate Perfume to your body as a sweet smelling offering to further enhance the communication and connection. 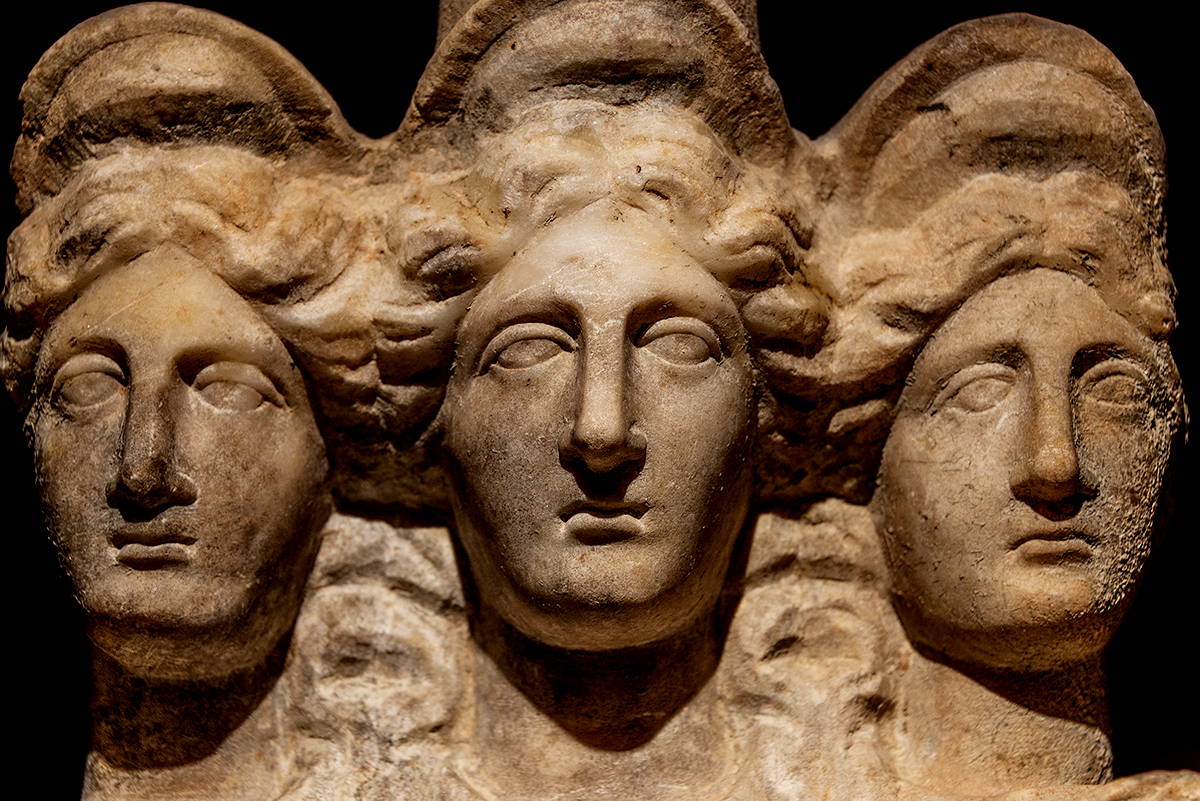 The Full Moon is an opportune time to take advantage of the potent energy. Put your crystals, gemstones, spiritual tools and sacred objects somewhere the light of the Full Moon will reach them and allow them to be charged and replenished with pure, powerful Full Moon energy. 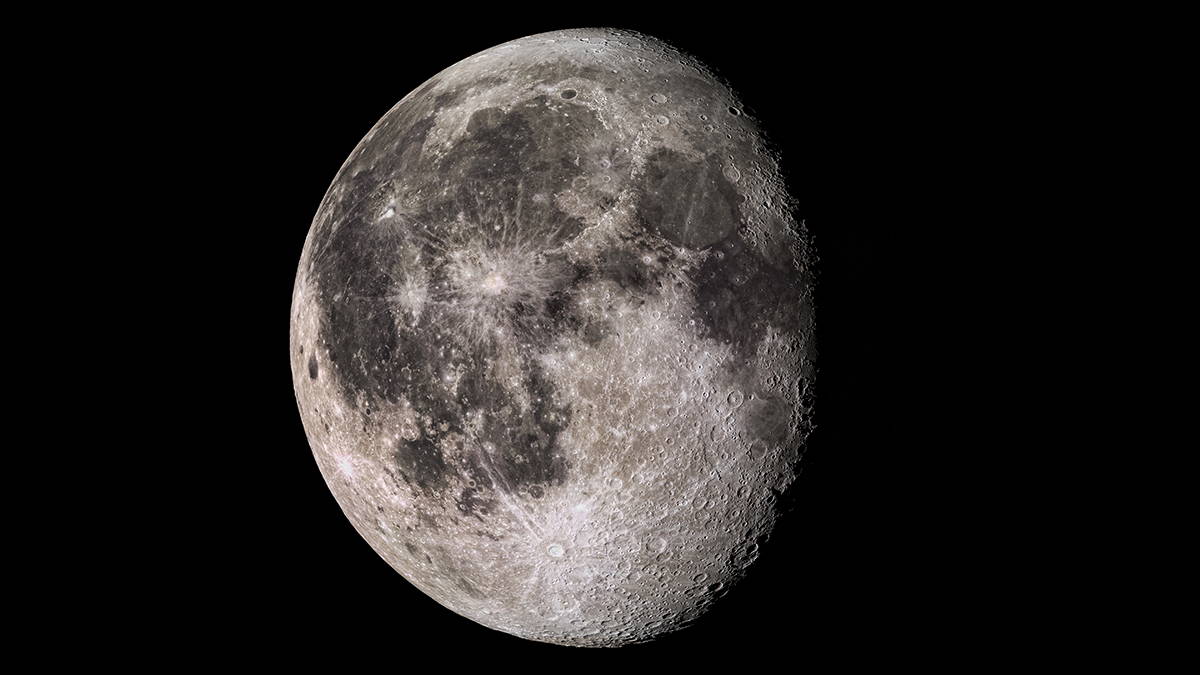