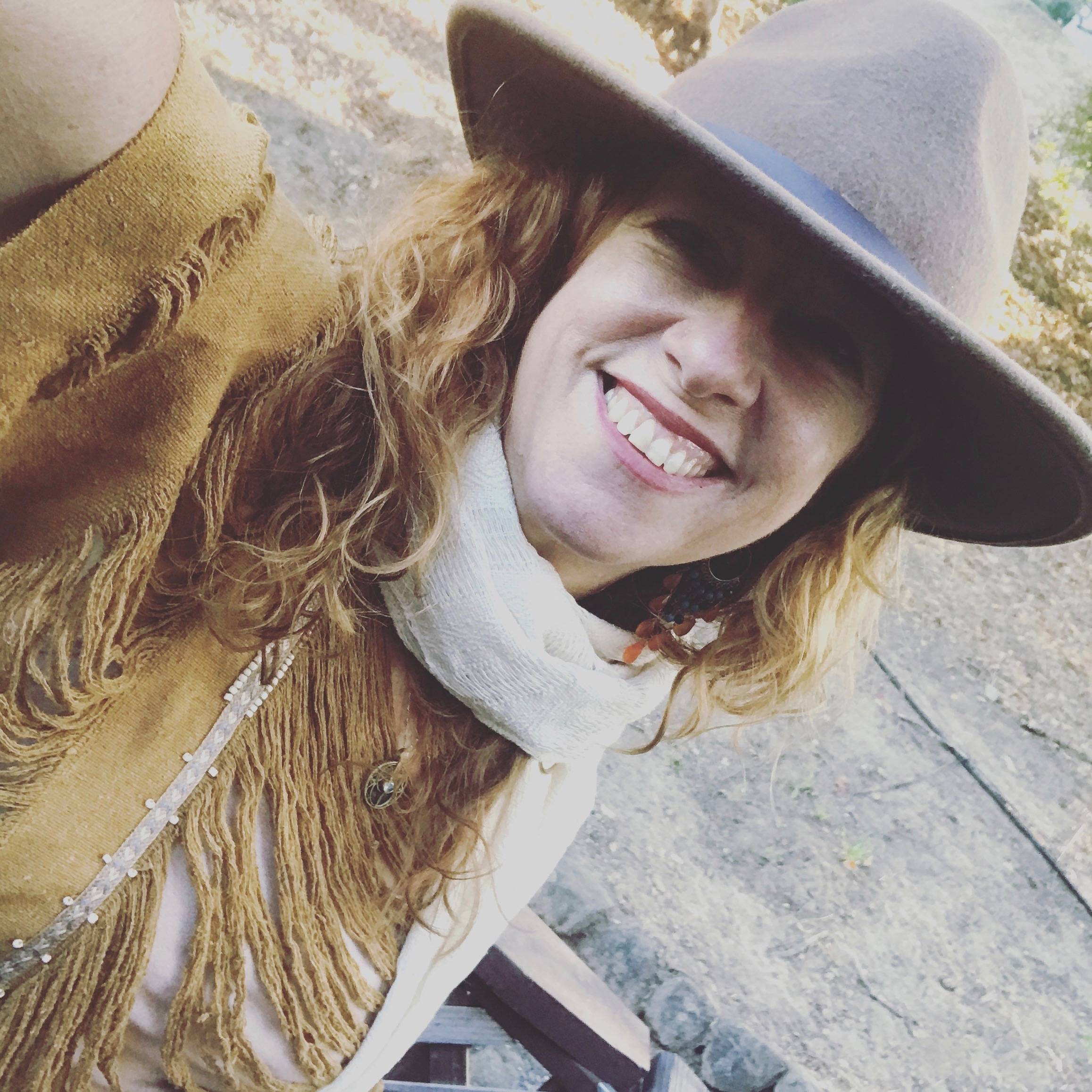 Born to a New Yorker father and a Swiss mother, Kate grew up between two worlds. Due to her parents' split she spent her childhood flying back and forth between continents, absorbing two cultures, speaking two languages and often feeling like she did not quite fit in either place. In response to this instability, she developed challenges with her physical and emotional health. After having her spleen, appendix and tonsils removed and being on and off antibiotics for years on end, her mother looked beyond allopathic medicine and turned to natural remedies. This discovery greatly helped improve Kate’s overall well-being and opened the door to a path of the healing arts. Kate became a certified Reiki practitioner as a teenager and has since graduated as a Reiki Master Teacher. With the help of many methodologies and mentors, she became a practitioner of intention-based work and incorporated it into her practice as a spiritual counselor. She is also a singer-songwriter and strongly believes in the power of music as medicine for the soul and has released three albums to date.

Kate spent the majority of her formative years in Switzerland, going to school, studying dance and feeling like a misfit. At around fourteen her knees could no longer support her dancing - heartbroken she lost her direction. She fell into “the wrong crowd” and was sent to live with her journalist father, who now lives in Toronto, Canada with his new family. After graduating from high school followed by flunking out of film school due to lack of commitment and a party lifestyle, she decided to loaf for a while in search of her calling. Together with her first husband, she traveled the Americas, from Mexico to Brazil. She lived for 2 years on Guanaja, a Bay Island of Honduras. During this era she learned about different cultures, learned to speak Spanish, lived with Indigenous peoples, endlessly explored the underwater world as a free diver and spent much time deep in the jungle surrounded by virgin forest, howler monkeys and giant iguanas. Here she had some of the greatest experiences of magik and healing. It was a different kind of adulting. After seven years of living through the ups and downs of worldly freedom, she left that life of reckless abandon and moved back to her place of origin, New York City. Over the ten years of living in Manhattan, she was deeply committed to the study of various healing modalities as well as a serious Jazz vocal training that included inner child therapy. Kate’s path had become clear. When she left New York in 2002 she was an accomplished spiritual coach and had gained experience as a songwriter and performer in the city that never sleeps. She was finally armed with some worldly chops. When she was 33 years old, the city was in ashes from 9/11 and it was time to leave the concrete jungle for a more natural existence.

In the Spring of 2002, Kate moved to the Sonoran desert. In Tucson, Kate developed an approach that united channeling universal healing energy (Reiki) with the combination of aromatic, healing essences (Pure Essential Oils) and the power of the mind (Intention). She sought to create products made from Pure Essential Oil Blends to aid people facing normal, everyday challenges: overcoming fear, sadness or insecurity; conquering bad habits or addictions; re-instilling confidence and trust, enhancing joy, sensuality and success.

Kate's Magik operates independently and controls its entire manufacturing process. Each product is lovingly crafted with human hands at their production facility in historic downtown Tucson. The entire Kate’s Magik team is Reiki certified and the production magicians (those who blend the synergy into the carrier medium ) conduct a purification and sacred intention ritual that includes a crystal singing bowl on every batch produced. Music is selected and played during the filling process based on the intention of the product.

Kate remains active in daily operations and still blends the majority of the essential oils herself. She personally selects every component by quality, scent and vibration. She is proud to have had the opportunity to create healing tools and beautiful aromas that enrich people’s lives and continues to develop new products that contribute to the overall well being of this planet by helping people help themselves.