SACRED OILS FOR THE HOLY SEASON 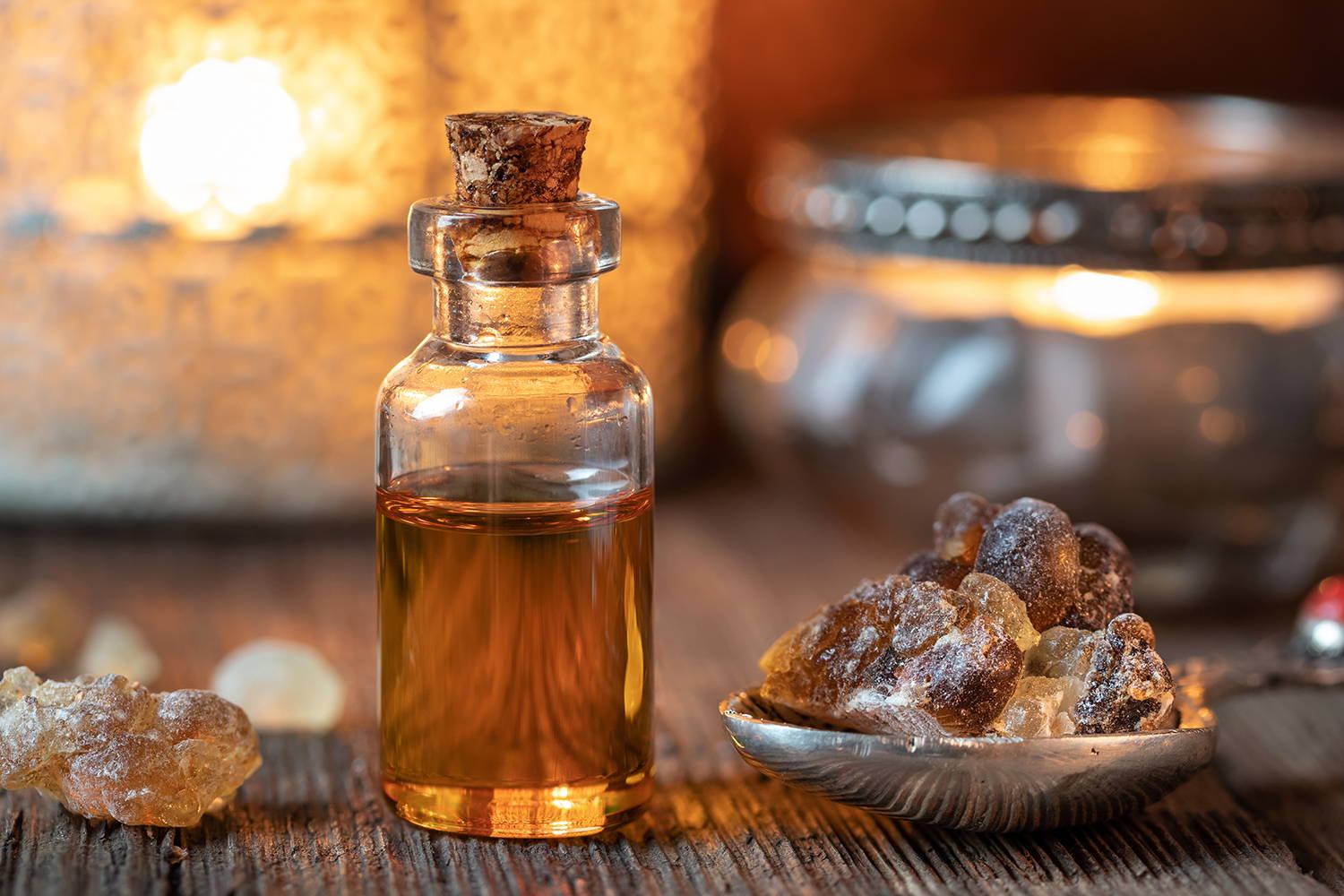 During the Winter Solstice Season we turn our attention to the sacred tree oils and ancient far east spices that create the seasonal scentsory landscape. They bring feelings of warmth, comfort, sanctity and protection. These cherished sacred aromas transport, purify and bless us throughout time and space.

“Oh holy Frankincense, sacred Myrrh, protective Juniper and Cedarwood. All the precious aromas that guide us through everyday life but particularly come to life during the Solstice season. Oh precious Cinnamon, intoxicating Clove and savory Nutmeg. This world would not exist without you.” -Kate Becker 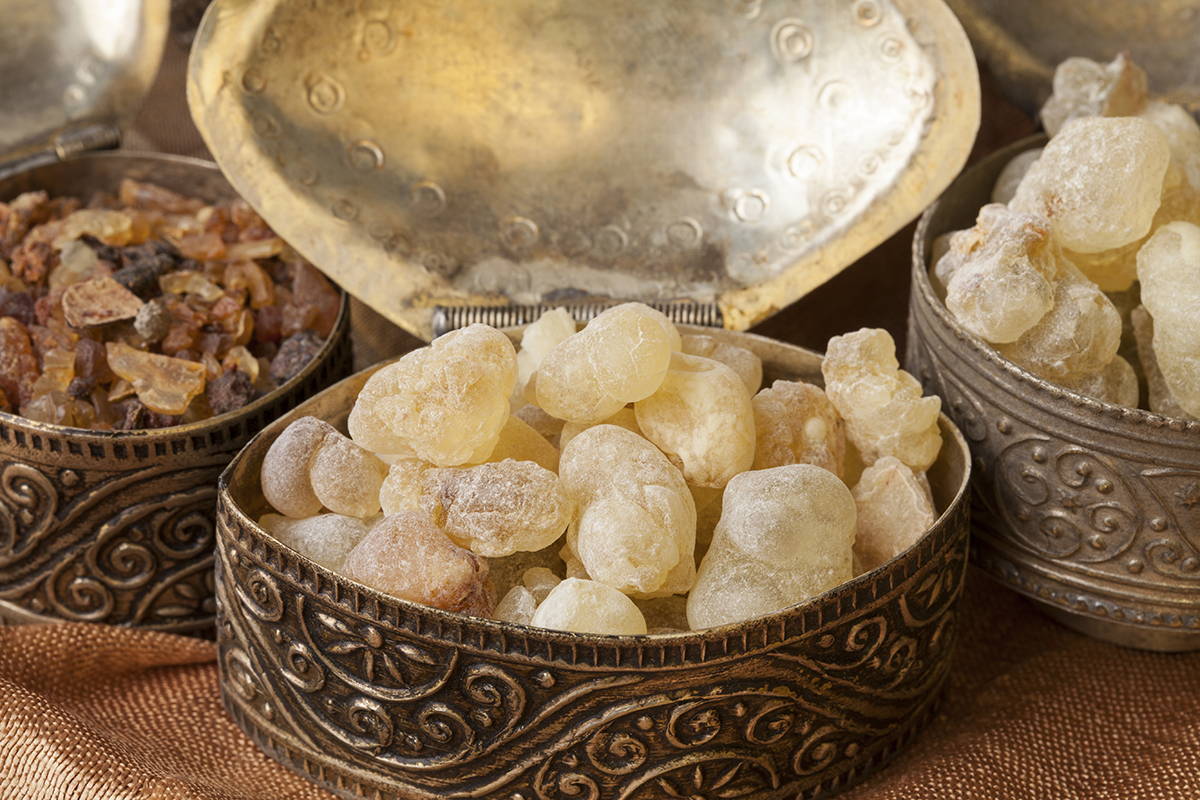 Since the dawn of time, sacred tree oils, resins and spices have been essential elements of ceremony, ritual, prayer, and offerings made to honor and please the gods. To be so highly valued across time, continents and cultures speaks to the power and divinity of these precious oils. Incorporate them into your sacred rituals and ceremonies and embrace the boundless gifts bestowed upon you. 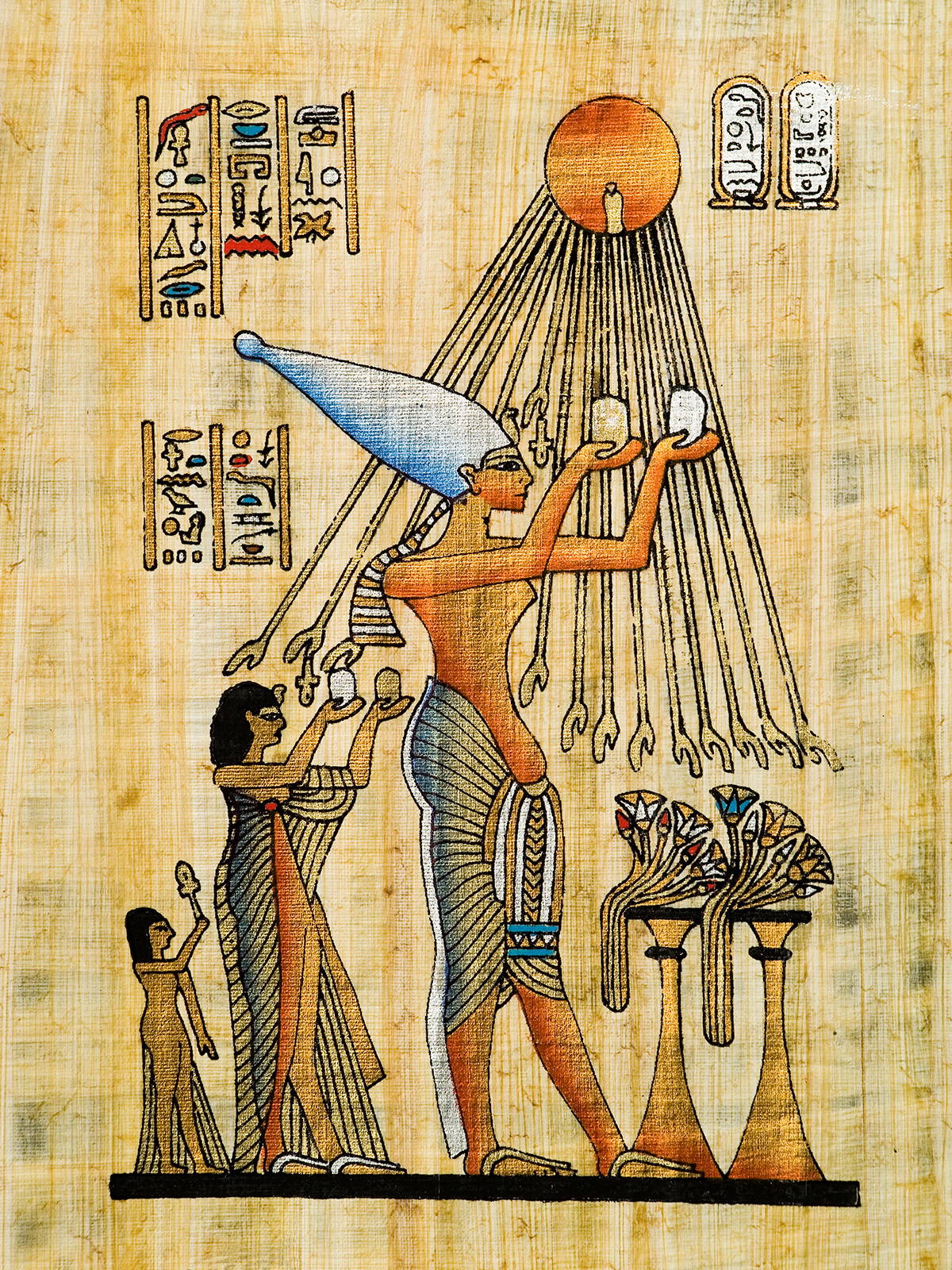 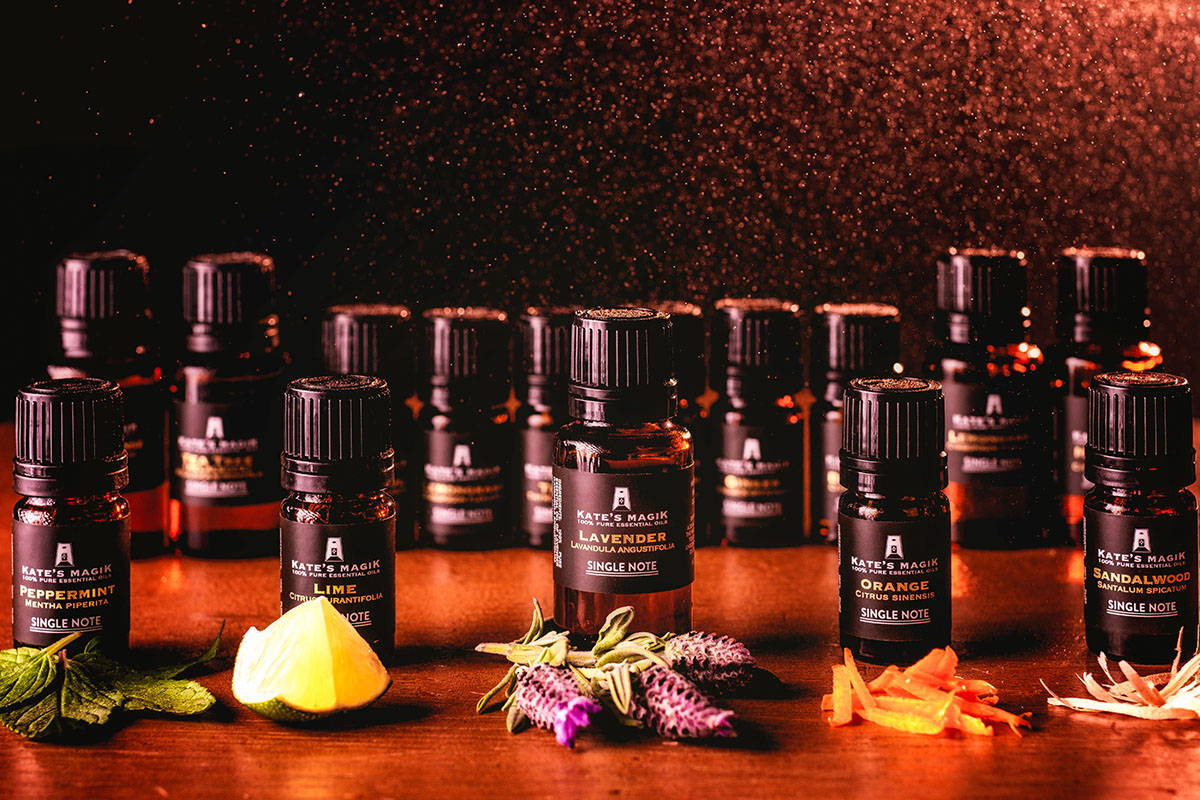 Frankincense has been used since ancient times as a sacred purifying incense. Also known as Olibanum, Frankincense was used by the ancient Egyptians and Greeks as an offering to the gods. It is said that it was gifted to Jesus by one of the three wise men.

Myrrh Essential Oil has been used as a sacred oil and resin since ancient times. It awakens spirituality, aids in meditation and is ideal for cleansing rituals before healing. It instills peace, trust and courage. Helps let go of stagnant pain and resentment and can bring in forgiveness and vision for a new path. Myrrh Essential Oil has a warm, rich, spicy balsamic odor.

Myrrh has been used as an ingredient in incense and perfumes as well as for embalming and fumigation practices in Ancient Egypt. In folk tradition it was used for muscular pains and in rheumatic plasters. Myrrh Oil, distilled from the resin, has been used since ancient times to heal wounds. It is also said that one of the three kings brought Myrrh as an offering to Jesus when he was born. Myrrh was also considered to be sacred to Isis, the Egyptian goddess of motherhood, magic and fertility.

Juniper Essential Oil is a powerful tool to purify, cleanse and detoxify the body, mind, spirit and environment and supports us during times of stress. It also facilitates connection with spirit and the communication between the heart and mind.

Juniper has been used since ancient times by the Greeks to purify the air, by the Egyptians to help with passage into the afterlife, in ancient Europe to repel evil spirits and protect the home. Native Americans have used it in ceremonies as well as medicinally as a tea for colds and stomach issues.

Sandalwood Essential Oil evokes sacred, wise energy. It is grounding and spiritual, a wonderful aid in mediation or to create a sacred space. It is exotic and sensual and works beautifully as an aphrodisiac and to instill self-love. Australian Sandalwood Essential Oil has a rich, earthy, balsamic and sweet fragrance with delicate wood notes that add to its reputation as one of the most luxurious wood oils.

The essential oil Sandalwood has historical applications as an aid in meditation for religious ceremonies. Sandalwood was used as early as 4000 years ago in India, Egypt, Greece and Rome. Sandalwood was even used as lumber in many temples and places of worship. The Egyptians used the oil in their embalming recipes. Over-harvesting of Sandalwood trees in combination with the 30 year period required for growth to a harvestable age make Sandalwood a rare and precious ingredient. We choose sustainably harvested Australian Sandalwood Oil as the Indian variety is now endangered.

Cedarwood Essential Oil is believed to instill harmony and compassion. It is grounding, stabilizing and encourages strength and balance. The aroma of Cedarwood is warm, woodsy, slightly smoky and balsamic with a very subtle hint of spice.

The ancient Egyptians used Cedarwood essential oil in death rituals as well as for cosmetics and perfumery. They say it arose from the god Osiris as the symbol of eternal return and when used with the proper formula contained magical powers. Native Americans used Cedar extensively for purification rituals.

Clove Bud Essential Oil comes from the Spice Islands of Indonesia, where traditionally a Clove tree was planted with the birth of a child to symbolize their intertwining life cycles. Clove essential oil is a stimulating and energizing oil with a warm, spicy, and rich scent. In aromatherapy, Clove Bud Essential Oil can be used to help manage anxiety, as a stimulating aphrodisiac and to help with concentration.

The use of Clove dates back to 2nd Century BCE in China where it was used as breath fresheners, in food and as medicine. In traditional medicine, Clove has been used for cleansing, as a warming and stimulating agent, and in antimicrobial, antibacterial, anti inflammatory, and antiviral applications. Powerful Clove Essential Oil is also used to help with aching muscles, invigorate the appearance of skin and supports healthy respiration.

Cinnamon is believed to be one of the world’s oldest and most valuable spices, used by the ancient Egyptians, Greeks and Chinese. Cinnamon Leaf Essential Oil has a warm, herbaceous and spicy scent reminiscent of Clove. In Aromatherapy, Cinnamon Essential Oil is used to aid in the treatment of depression and as a stimulant to help with exhaustion and concentration.

Symbolically, Cinnamon has been associated with protection, wealth and the attraction of abundance. In ancient Egypt the value of Cinnamon was equated with the value of gold and in the Middle Ages, only the wealthy class was able to afford this imported spice from the East. In the Hebrew Bible, “sweet Cinnamon” is used as the second ingredient in a holy anointing oil (Exodus 30: 22-29). Revered Cinnamon has been used as gifts to the gods, monarchs and burned as an incense offering. Medicinally, Cinnamon is used to help with respiratory and digestive issues, muscle aches and pain, and in anti inflammatory, antiviral, antibacterial and antimicrobial applications.

Ground yourself in the here and now with Grounding Divine Scent. Tune into the Earth beneath you and sky above you. Inhale the aroma of Grounding and affirm, “I am divinely protected, balanced and firmly rooted.” Sacred Cedar & holy Sandalwood provide ancient, anchoring arboreal wisdom, while spicy Cardamom awakens you to the present. Set your intention and apply this divine scent on pulse points such as the neck, wrists, palms and the Root Chakra.

This Perfume was originally crafted for my cosmical partner in love & life who is a professional songwriter and musician. The music business can be trying at times, so he asked me to create a blend that would help connect him to his higher purpose, provide protection, and further enhance his musical gifts. I was called to create a fusion of rare, sacred tree oils with strong protective qualities that awaken divine effortless flow. Dionysus Perfume will inspire passion, creativity and promote sacred ecstasy while offering protection from unwanted energies. All of the essential oils in Dionysus have been used since ancient times for ritual purposes, making it a perfect perfume for daily protection, meditation, trance, ceremony, song, and prayer. Scent Profile: The deeply warming aroma of Dionysus features the rare and precious Agarwood* aka Oud, sensual Sandalwood, balsamy Cedarwood and other sacred tree essences. Dionysus is unisex but an exceptionally entrancing scent for those who identify as male!

Quan Yin Sacred Perfume inspires kindness and forgiveness. Quan Yin is the Goddess of mercy, compassion and loving kindness. Heavenly Rose evokes the vibration of the divine feminine and re-instills faith, while Sandalwood and Vanilla encourage forgiveness and help you live in the present.

Archangel Michael Sacred Perfume instills courage and provides protection. Archangel Michael is the great protector and guide of light and love. Notes of sacred Frankincense and courageous Ginger help shield you from the unwanted and instill the trust needed to follow your path.

Use Isis & Rebirth Anointing Oil for transformation and new beginnings. This is a sacred blend inspired by the Egyptian goddess of love, rebirth and creation. Like a Phoenix rising from the ashes, let go of the old and embrace transformation into your next beautiful phase. Embrace living life in the present moment! Isis & Rebirth Anointing Oil is a heavenly blend of Organic Madagascan Vanilla and floral Moroccan Rose. Apply to your Heart Chakra for love, compassion and emotional balance, to your Sacral Chakra for creativity, sexuality and strength and to your Solar Plexus for added benefits related to your truth, self and center of will.

Use Meditation & Trance Anointing Oil to aid in meditation and to enhance spirituality. This is a highly spiritual, sacred blend that's perfect for meditation, yoga, rituals, ceremonies and prayer. It increases visions and connects us to the divine while keeping a centered, grounded mind. Meditation & Trance Anointing Oil is a warm, subtle blend of Frankincense and Sandalwood. Apply to your Third Eye for intuition, sight and visualization and to your Crown Chakra for added benefits related to Higher Consciousness and connection to the Divine.

Use Creativity & Performance Anointing Oil for grounding inspiration and manifesting creativity. This is an inspirational blend for enhancing artistic expression and overcoming blocks in self expression and creativity. Creativity & Performance Anointing Oil is a blend of deep, grounding wood notes and earthly Patchouli. Apply to your Sacral Chakra for creativity and strength and to your Third Eye for added benefits related to your intuition, sight and visualization. 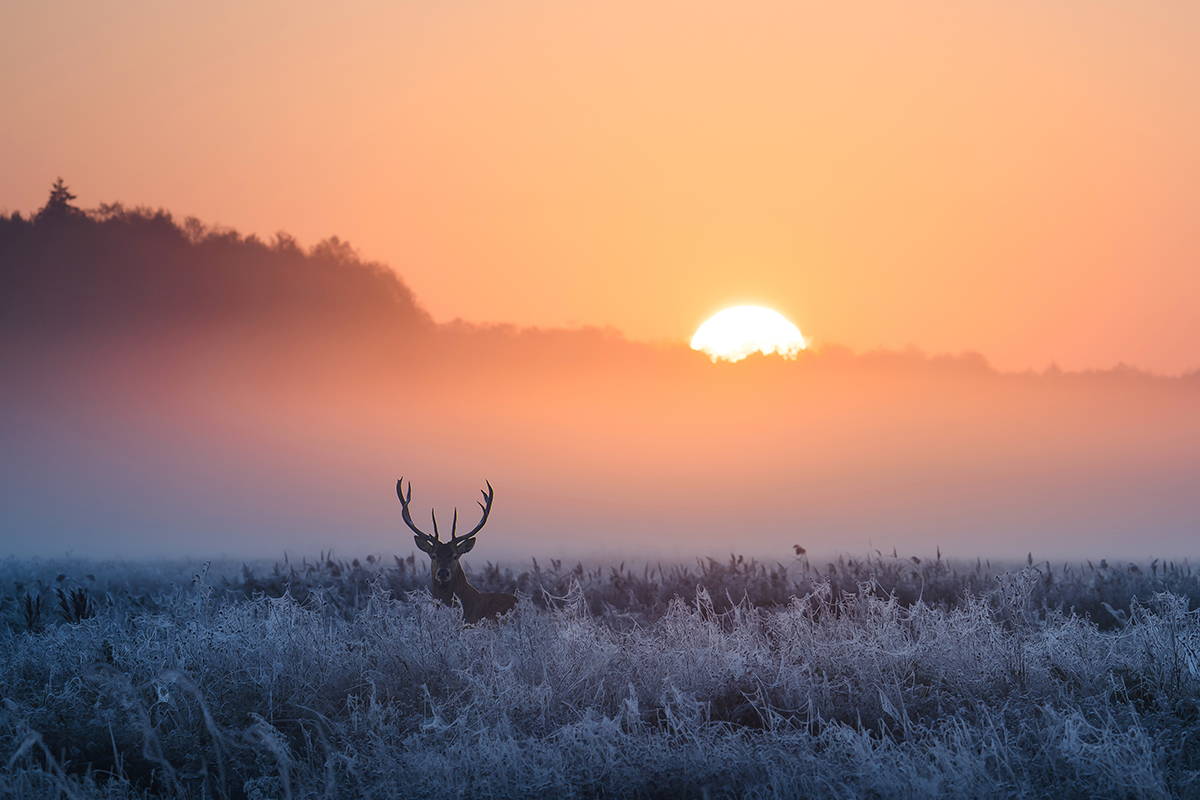 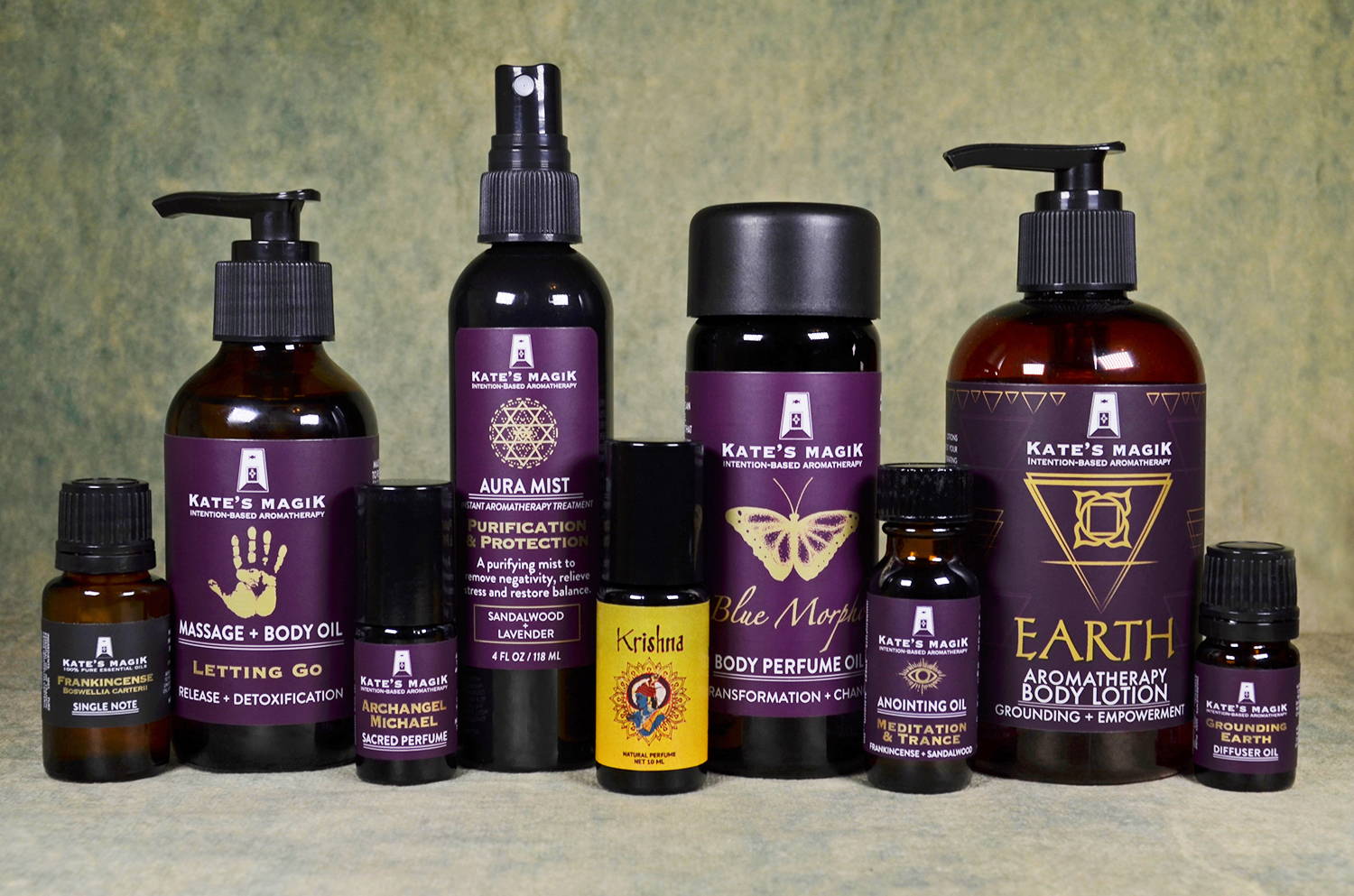 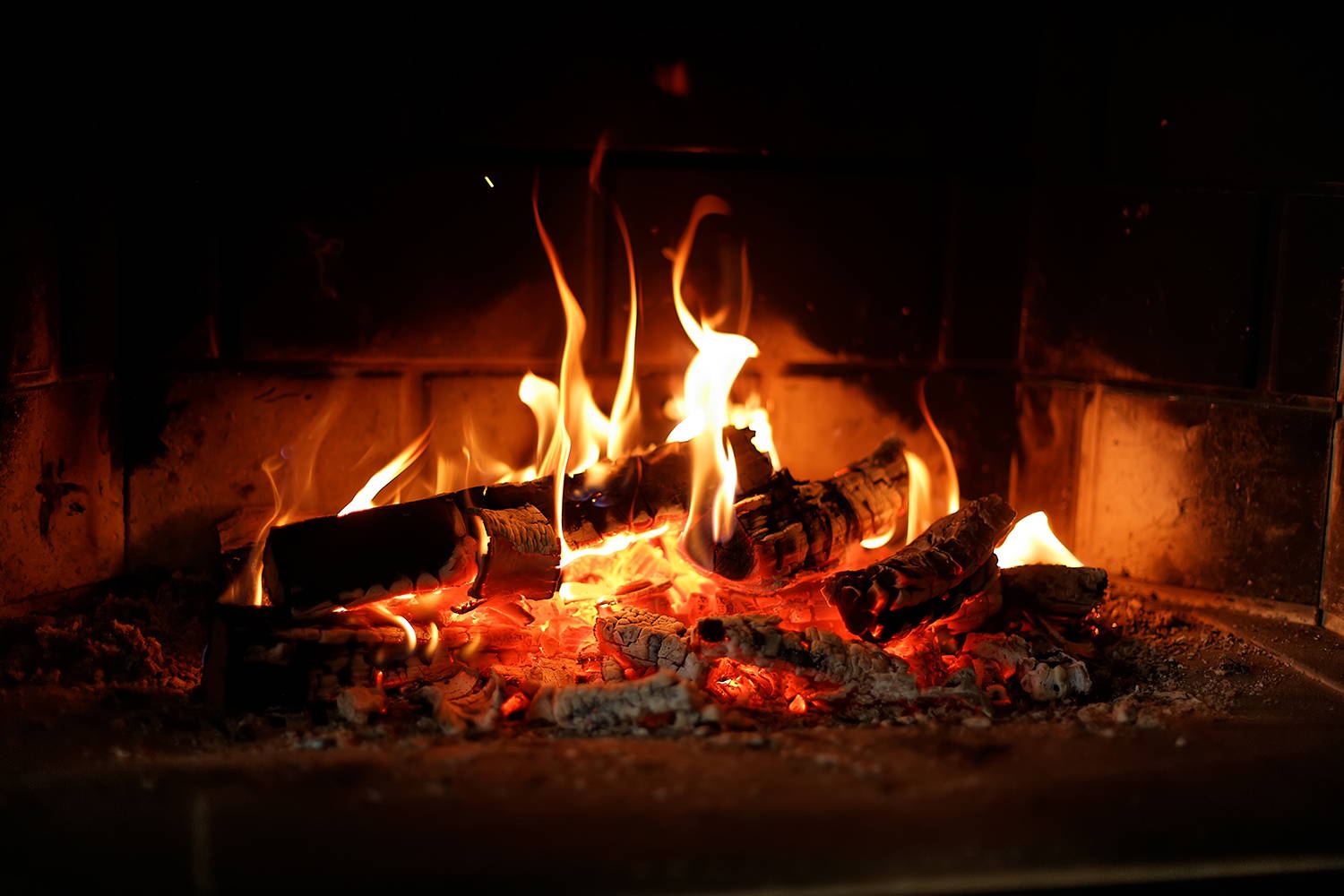 prepare for the winter solstice