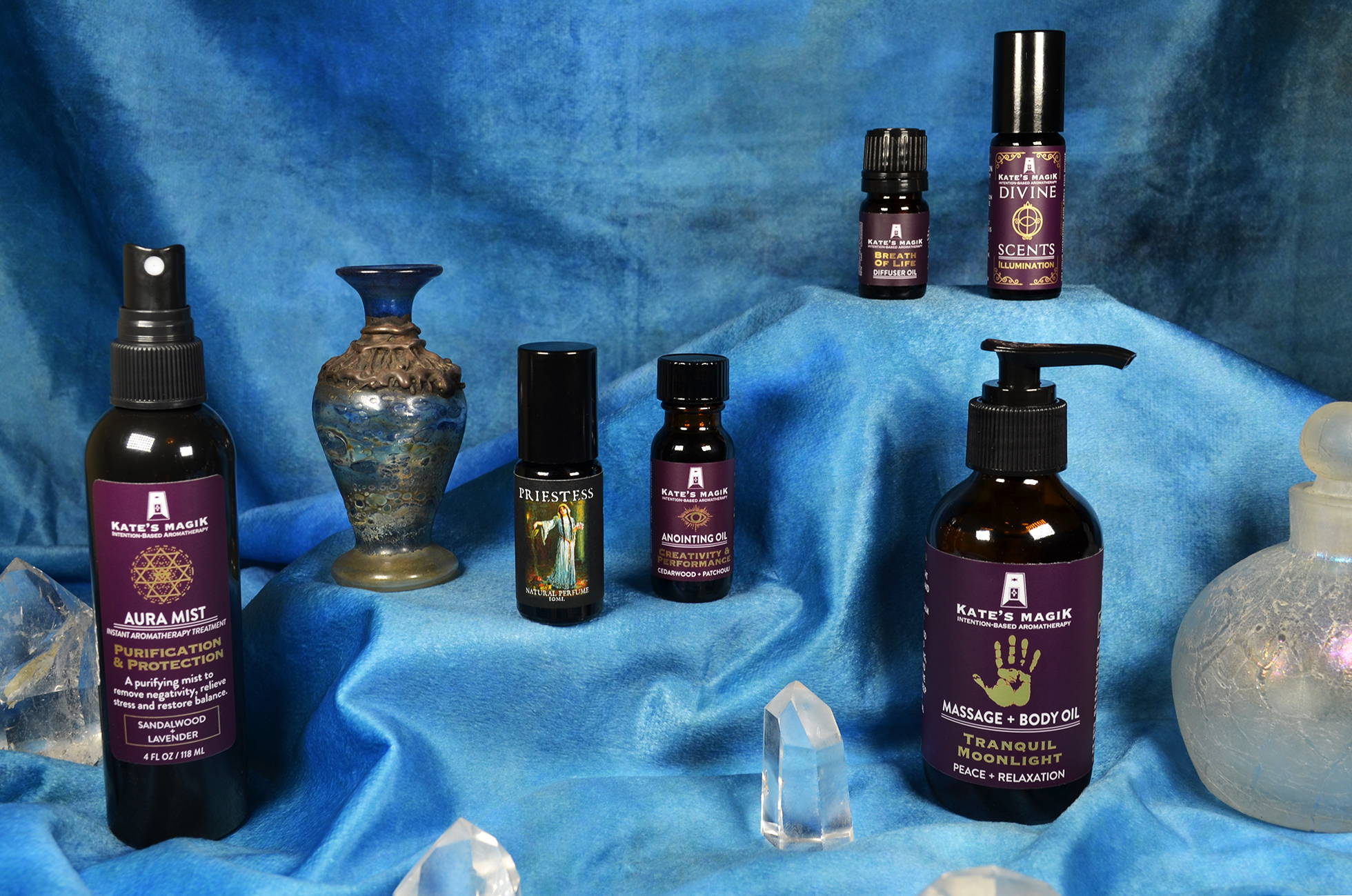 On Friday February 18th, 2022, the sun moves into the intuitive and creative water sign of Pisces. Pisces is the culminating sign of the zodiac wheel, which means that inherently, Pisces carries all of the wisdom, experience and energies that came before it. As a water sign, Pisces is the epitome of intuition and expression of feelings. Pisces are deeply contemplative and feel all things on such an intense level. Pisces are often very intuitive, imaginative and a little mysterious. Pisces like to question everything, not to be combative but simply to engage in the process of knowing.

Pisces are symbolized by the fish and ruled by the planet of Neptune, which is considered the planet of illusion, mystery and spiritual enlightenment. Neptune is also the ancient Roman god of the sea, which illustrates another connection to the watery nature of Pisces. Galileo Galilei, Jack Kerouac, Kurt Cobain, Drew Barrymore, Nat King Cole, Albert Einstein, Ruth Bader Ginsburg and Dr. Seuss are just a few famous Pisces! 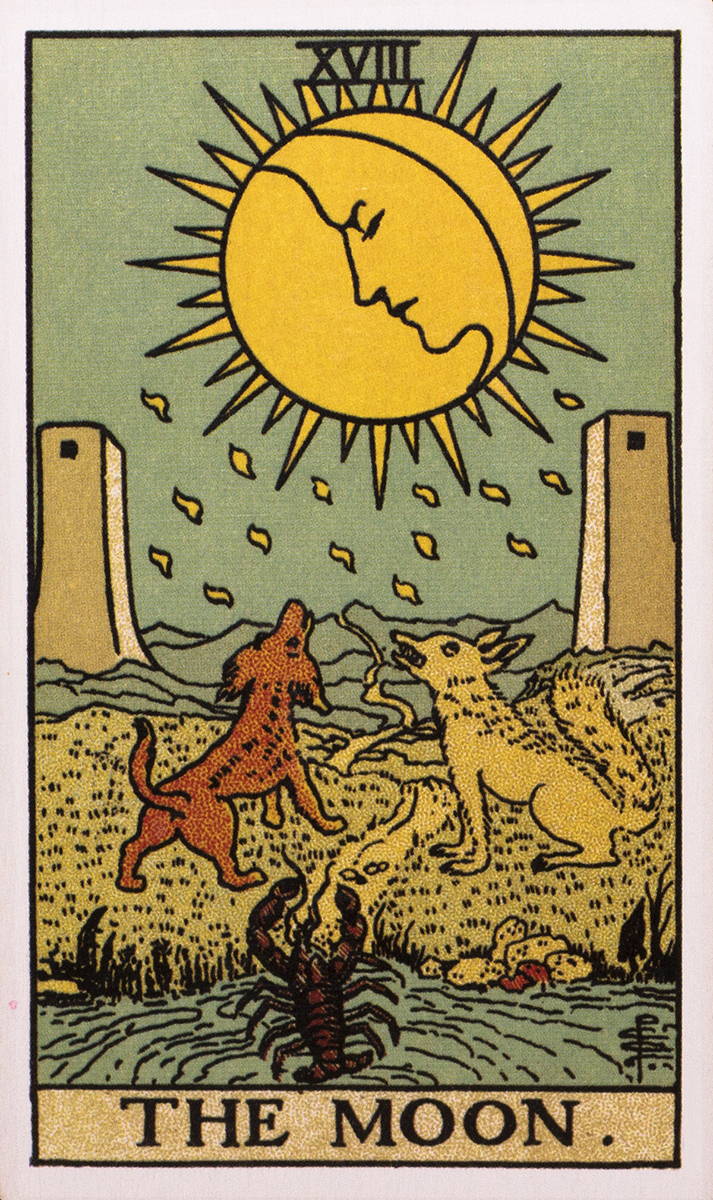 Pisces Season brings the completion of the astrological wheel. A Pisces New Moon is an excellent time to manifest for the coming zodiacal year and to set intentions for the new astrological year. Pisces energy encourages us to dive as deep as possible and reflect on what we may wish to create or bring into our lives for this next cycle. On a Pisces New Moon, engage in rituals to help you set intentions, bring in creativity and imagination and focus on letting go or releasing what no longer serves you, so that a new astrological cycle can serve your Highest Good!

1. Anoint yourself with Creativity & Performance Anointing Oil or Clarity and Focus Anointing Oil and set specific intentions for what you want in the coming months. As Pisces energy is closely related to the feet, you might consider anointing your feet and meditating on where your feet may take you in the new astrological year!

2. Release, let go and detox with the New Moon! Use Letting Go Anointing Oil or Letting Go Massage + Body Oil to release and shift your energy and intentions. Create your own ritual or follow Kate’s suggestion for a meaningful Letting Go Ritual.

2. Pisces represents the consummation of all the zodiac signs. We can utilize this energy to also contemplate the various seasons of this past year and recognize just how far we’ve come! Use Meditation & Trance Anointing Oil to reflect, meditate and create a gratitude list for all of the growth and wisdom you’ve acquired this past zodiacal year. 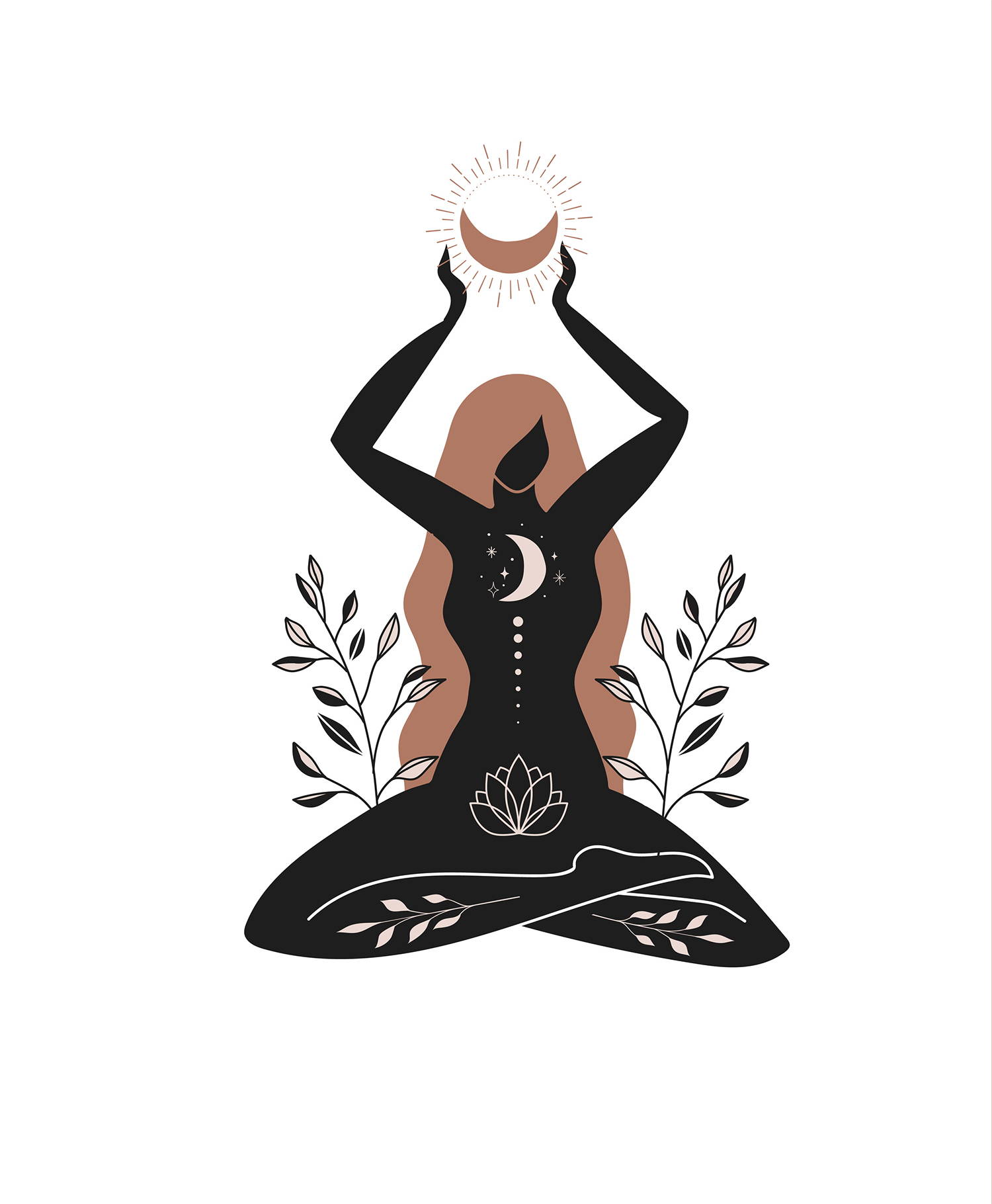 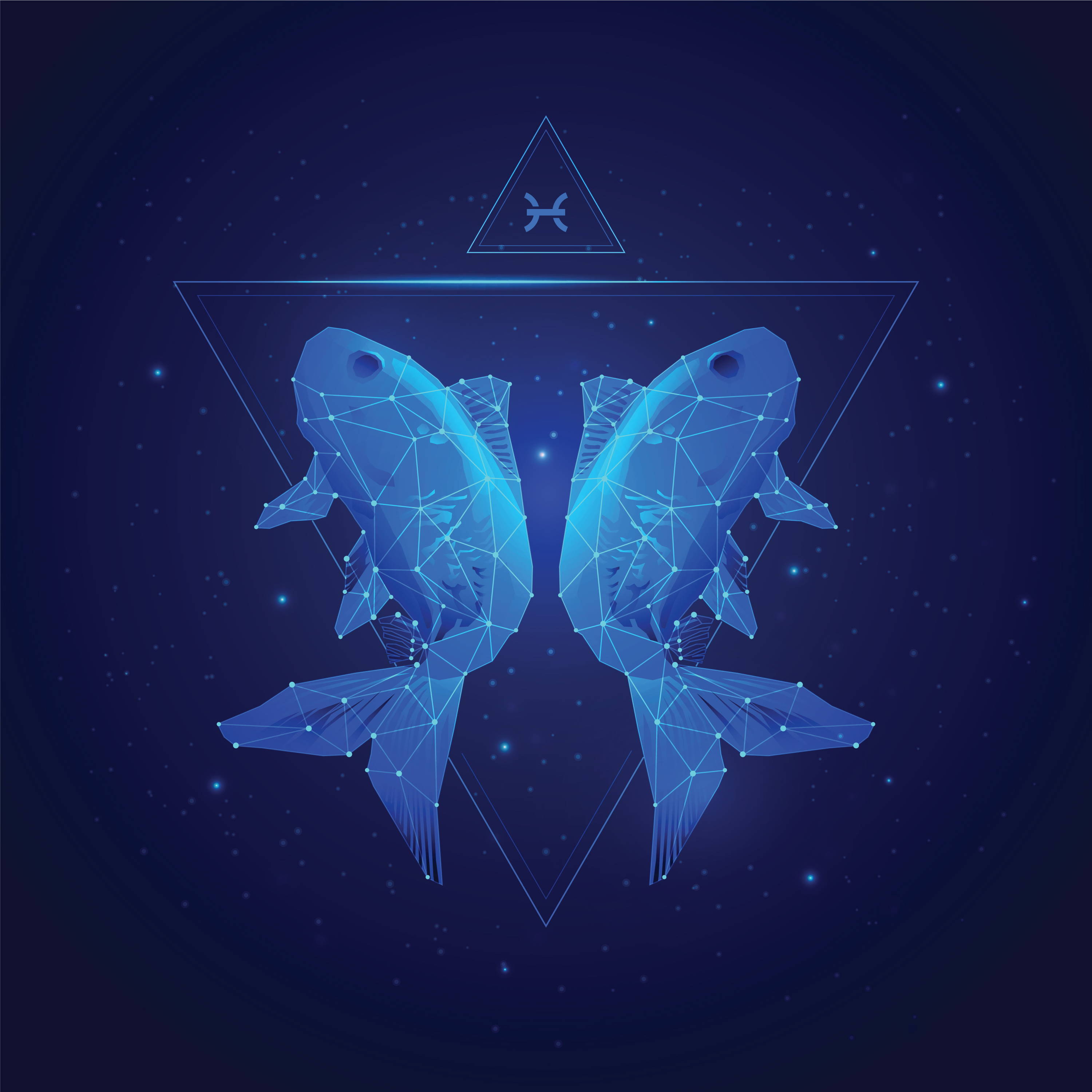 Pisces Season energy is also about the expedition of the soul, universal inquiry and creative expression. Indulge in your creative and artistic side and allow Pisces season to activate inside of you a desire to go deeper and a deep-rooted search for wisdom. This may mean that you contemplate and re-evaluate the big things in your life; your romantic and platonic relationships, your job or career and what you feel your purpose here on Earth might be. Take the time to look at all the aspects of your life and then dream! Dream and fantasize about what could be and what you really want. It is healthy and fun to dream big about your goals and what you want from this life, but then remember to come back down to Earth to set attainable goals to make these aspirations come true.

Here at Kate’s Magik, we have some recommended products for Pisces season to help you lighten the load as you traverse the depths of your heart and soul. With these products, set positive, clear intentions for what you want and what you need. Don’t be afraid to really feel what you’re feeling in the moment and don’t be shy about what you want for yourself in this lifetime. Our time on this planet is limited and you should be living out your purpose and calling. Pisces season energy can help you figure it out. So get creative, imagine, dream and begin your pilgrimage towards wisdom and insight!

Priestess of the Moon and sacred Magik, reflector of light, bearer of water and divine knowledge. The Priestess resides at the portal betwixt the visible and the invisible world and serves as a conduit between spirit and matter, Heaven and Earth and the Gods and the Soul. She helps us heal from suffering and understands the spiritual basis of our Earthly existence. The archetype of the Priestess provides us with ancient wisdom and the ability to move beyond the density of this physical world. She enhances deep listening, luminous vision and understanding of the natural world. Priestess Perfume is composed around the alchemical trifecta of heavenly Carnation, divine Rose and mystical Myrrh - a touch of Clary Sage strengthens third eye vision. The aroma of Priestess is trance inducing, otherworldly and magically sensual. Allow her to guide you in your spiritual practice and conjure divine wisdom.

Envision Moon rays emanating from the astral plane enveloping you in an aura of ethereal calmness, balancing the present moment and soothing the past and future. Moon Medicine Perfume will soften the borders between the inner and outer world, guide you through the realm of dreams and bring healing to your journeys through the shadowlands. It's perfect for any Moon ritual! Khonsu is the Egyptian god of the Moon and time; a night traveler who brings illumination to the dark sky. Through his association with the Moon, he was also considered a fertility god and one who helps both flora and fauna grow strong and healthy. Breathe in the trance-inducing quality of mystical Indian Sandalwood while surrendering to the sweet nature of Coconut. With a wisp of dawn-blooming Jasmine and a touch of Citron, you may now feel the protection and blessing of all phases of the Moon.

Feel yourself get lost in the moment, swept away by passion and filled with boundless satisfaction. Inhale the aroma of Ecstasy and affirm, “I release all constraints and invite luminous delight.”

Tune into the magical eye of wisdom. Allow your imagination to broaden your perception. Visualize the highest potential while accessing deep inner knowledge. Inhale Illumination and affirm, “I see clearly with luminous consciousness.”

It is time to transcend limitations and become one with the eternal. Unshakable faith and sacred cosmic vibration emanates throughout us and the Universe. Inhale Liberation and affirm, “I am conscious, trusting and infinitely connected to the Divine.”

Purification & Protection Aura Mist is a blend of exotic Sandalwood and comforting Lavender created to remove negativity, relieve stress and restore balance. Use Purification & Protection as an instant aromatherapy treatment by spraying in a circular motion above the crown of your head. As the mist falls down all around you, breathe deeply and feel the purifying power of the essential oils as any anger, negativity or stagnation dissolves away. Take a moment for reflection and embrace your new lightness of being. This mist is also a great way to remove bad vibes and cleanse any space to create a balanced atmosphere. Make it a part of your yoga or meditation ritual to help clear the mind and set your intention for practice. Additionally, Purification & Protection Mist is a powerful alternative when you can't burn sage or other cleansing herbs.

Use Tranquil Moonlight Massage + Body Oil for deep relaxation, peace and sleep. A deeply calming and relaxing oil blend of Lavender, Sandalwood and Clary Sage, Tranquil Moonlight helps release tension and promotes comfort, relaxation and rest. It supports sleep and rest by inducing a state of calm and tranquility as your worries and mind-chatter dissolve away into the ether. Massage over the entire body with emphasis on the heart and solar plexus. Breathe deeply and visualize the gentle calming moonlight wash over you and cleanse any worries or burdens. Self-apply before bed and drift off into deep restorative rest. Sweet dreams!

Dragonfly Body Perfume Oil is intended for clarity, strength and endurance. Evolved over 300 million years, the Dragonfly is a beautiful, strong flier that can twist, turn and change direction in an instant or hover in mid-air with incredible endurance. It is the messenger of peace and inspiration in Native American culture. Dragonfly Body Perfume Oil, a blend of Geranium, Rosemary and Ginger, will enhance your inner, vital fire, keeping you alert and awake. Focus on what you want to achieve. Don't believe in obstacles! Watch the picture getting clearer and let yourself be carried into focus.

Water Aromatherapy Body Lotion is perfect for all those who carry water energy in their zodiac chart, as well as those who would like to embrace the energy of the season! Water Aromatherapy Body Lotion is a purification and healing blend of Jasmine and Lavender. Water is purifying, rejuvenating, and transformational. Visualize your emotional pallet being cleansed as Lavender tames your nerves and night-blooming Jasmine intoxicates your senses. Allow the energy of water to flow through you, leaving you cleansed, feeling safe and nurtured. 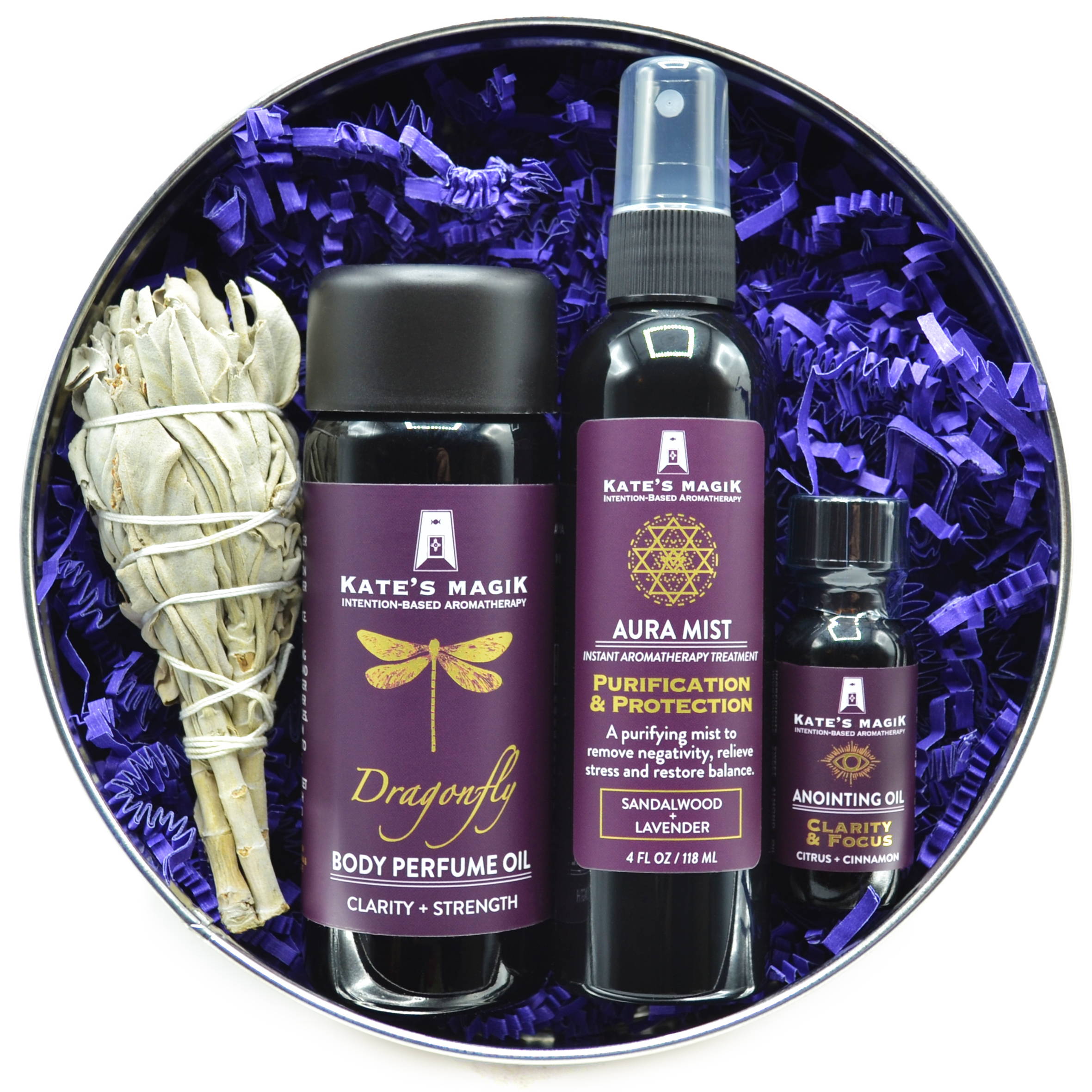 Explore the other Zodiac signs here!