The Story of hekate

Hekate is an ancient Greek goddess that serves as a guide for safe passage through the underworld and times of shadow. Hekate is the goddess of magic, the night, the moon and spirits of the dead. The daughter of Perses and Asteria, Hekate helped Demeter in the search for her daughter Persephone by lighting her way through the darkness with her twin torches. The two torches of Hekate represent the illumination of the unconscious and the discovery of the mysteries of the Universe. Hekate is often depicted in statutory form as a triple goddess, with 3 heads or 3 bodies with her 2 torches. These triple goddess portrayals have led others to associate Hekate with the concept of the Maiden, Mother and Crone. Hekate is closely linked to the Moon in its darkest phases. She is the High Priestess, keeper of sacred mysteries and the Dark Mother. Hekate is the keeper of the keys as she is the gatekeeper between the worlds. 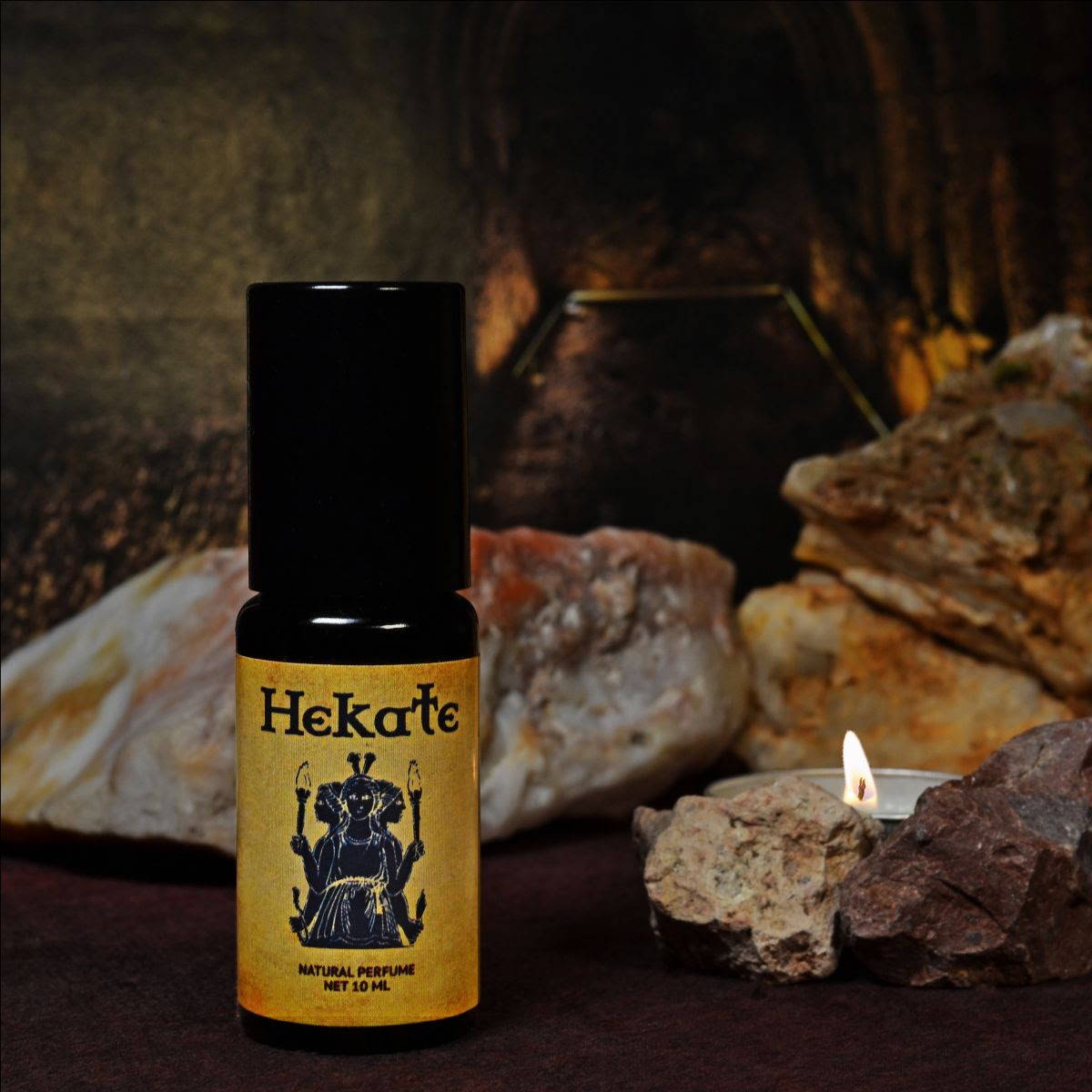 Liquid error: product form must be given a product